We’re so lucky to be geeks.

I think about this often.

We are so lucky that we get to keep a little of ourselves in our childhoods. Maintaining some parts of who we were as kids is AWESOME and makes us way more optimistic! (Except when losing on Overwatch).

We’re also lucky that there is a nerdy Christmas sweater for everyone, no matter your geeky interests, and we’ve picked out a few to share.

1. Santa is Late For Work ‘Cause He’s Been Playing Video Games He has, like, 364 days of the year to play video games, but there's just this one level he has to complete, he'll be there in a second. It's a tale as old as time and a song as old as rhyme. Being a geek is so good and so distracting. With the addition of a nerdy Christmas sweater, he can take that geekiness along with him on the job. As can you! That's why Mrs. Claus ensured he had a Space Invaders one. What a gal.

Get this Space Invaders Christmas sweater on amazon.com Peppermint Butler likes vampire hunting, dark magic, and his place as butler to Princess Bubblegum, which would be strange if it didn't serve her so well. If he gets too much, she can always pull a Tomb Raider III and lock him in the fridge until he freezes to death. This nerdy Christmas sweater is a really cool way of pledging your allegiance to the dark arts, something a lot of these Harry Potter action figures would protest.

Get the Peppermint Butler Christmas sweater on welovefine.com

3. We Introverts Are Really Just People Who Like Staying Warm I'm sure I'm not the only geek that's been asked why they'd rather stay indoors and either play video games or watch something on Netflix. There are two answers to this! One is that there are so many cool games and TV shows around these days that there's no way you can ever be bored. The second is that outside is only underrated when you're playing Pokemon Go and it's so cold in winter in some places that even with the nerdy Christmas sweater of your dreams, you'd be cold. Also, people...

You said it, Buff.
Get the filthy introverts nerdy Christmas sweater on amazon.com

4. Stark the Herald Angels Sing, Glory to the Newborn Thing Tony Stark wouldn't have a problem with me including his name in anything. He might object to The Thing being in the same sentence as him, but it's more because he's so narcissistic that everything should say Stark rather than a slight on The Thing. He couldn't have that. The Thing is so big and continually put in terrible adaptations of the Fantastic Four. (I will say that he's a great character to play in LEGO Avengers. Super helpful). If you love the Avengers, there's nothing that's not to love about this geeky Christmas sweater.

Get this Avengers Christmas sweater on amazon.com

5. Let the Wookiee Win This Winter Han made sure Chewie was wearing a Santa hat when he posed for this geeky Christmas sweater. Putting it on chilled him out a little ('cause it's cold...) However awesome this looks on him or on you, you'll probably still have to let him win. He is a Wookiee, after all. The good part of this is that by wearing this, you are the Wookiee, and people will have to let you win. Granted, that means if you're playing a game online that you mention over Discord that you're a Wookiee and therefore you have to win. They might not believe you, but who cares? They'll be distracted!

Get this Chewbacca Christmas sweater on amazon.com

6. Joyce’s Lights Are Finally Being Used How They’re Supposed to Be Anybody else play the Stranger Things SNES style game for iPhone and Android? HOW GOOD WAS IT? It gave me a bug I haven't had in at least a decade, one that has me wanting to play Paperboy. It's a very dangerous bug if I want to remain anything other than frustrated but man if those games weren't the most addictive things on earth. I mean, we've all just been biding our time for a year for the second season. WHICH IS FINALLY HERE. Celebrate it with a geeky Christmas sweater you can literally wear while you watch. (And this Stranger Things merchandise... and these Stranger Things pops).

Get the Stranger Things Christmas sweater on amazon.com It's about time too. It's weird that these days, Christmas stuff comes into stores in, like, August. It completely steals the moment from Halloween. As soon as Halloween is over, though, Christmas stuff is all I can think about. Songs and food and decorations and, man, November is a long month for just 30 days. Lucky for us, Batman and Robin have hunted Santa down before he got to go back into space. We'll get our presents after all!

Get this Batman Christmas sweater on amazon.com

8. NASA Really Cut the Budget on Their Space Exploration Expenditures Santa was more than ready to trade in his old model of reindeer and sleigh for the finest spacecraft around. He didn't mind the pay cut, not if he got to see what was outside the earth's atmosphere for free. It's not like he had to give anything up to undergo extensive training. There are people like us here at DGHQ who do half of his job for him these days. It's the land of the Internet and, damn it, Santa is a space nerd too, just like us. (And if you are a space geek, check out these astronomy gifts and galaxy hoodies!)

Get the NASA Christmas sweater on fifthsun.com I'm not actually a huge science geek, so I only have to wonder whether or not you could spell out Merry Christmas using the periodic table. One thing is for sure, if you use this geeky Christmas sweater for reference, you can definitely make a Christmas tree out of it. This is so cute and funny and it makes me almost wish I knew more about science other than being constantly blown away by the fact space is infinite and it's, like, 800%* there are other timelines out there. *clearly not an actual statistic.

Get the science geek Christmas sweater on amazon.com

10. You Can Wear This Nerdy Christmas Sweater For Your Christmas Party, Dudes Imagine how freakin' rad a Christmas party with Michelangelo and the other turtles would be. There'd be pizza and jokes and we'd all get to go out to beat Shredder and be outwitted by April. It would be the best Christmas ever and a dream come true, that was why when I saw this nerdy Christmas sweater, I put my order in pretty much right away. As a kid, they had pizza flavored chips because of these turtles and I'm hoping by wearing this, they bring them back.

Get the Michelangelo TMNT Christmas sweater on superherostuff.com There's no shortage of cool Star Wars Christmas stuff, which kinda bodes well for the geek community given the release of The Last Jedi being in conjunction with it. (I'd say Disney was smart with that, but the first movie came out around then too! But also, Disney was smart with that). As long as you have cheer for Christmas, Darth won't Force Choke you. All he's ever wanted is a nice, family Christmas with his kids and definitely not his nephew... who might be his nephew but not from Leia?? WE WILL SEE. (But seriously, there are a few Star Wars tree toppers and Star Wars Christmas ornaments for days).

Get this Darth Vader Christmas sweater on fifthsun.com

12. For Christmas This Year, Deadpool Has Given Everybody the Gift of HIMSELF And man, how Tony Stark wishes he'd thought of that one. Deadpool is one of our favorites here at DGHQ. We don't even really care that the Deadpool 2 feedback so far is that it isn't very good. It's Deadpool and when he's not appearing in Deadpool action figures, on Deadpool shoes, and Deadpool phone cases, he's appearing in surprise-hit blockbusters that parents complain about being too highly rated!

Get this Deadpool Christmas sweater on welovefine.com 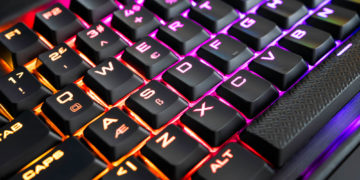