Dogs are pure. Dogs are so pure they shouldn’t exist on the same planet as humans, but they do, and it is a gift more meaningful than a handful of X-Men and every Power Ranger that has ever come to pass. These fur-ociously adorable best friends have donned their Power Suit best, and the only difference between them and the actual heroes is: not all of them have a Tragic Barkstory™ but they do have a happy ending.

When the Daily Planet overruled ‘Bring Your Dog to Work’ day, (Teri Hatcher as) Lois Lane decided she’d take the initiative to dress up the terrier as the only thing keeping the newspaper from being overtaken by online outlets. And look, Clark and Superman in the same room!

I bet you’re wondering why Wonder Pug decided to WERK that gold thread whip realness tonight. The answer is simple: when there’s feet to be lain on, you better bet they’re gonna be lain on in solid gold.

When you’re escaping the evil pilot from the film UP!, you’ve got to have a great disguise. After running away, these two stumbled upon a cave full of technology, machinery, and pin-up posters of Catwoman… which made them start snarling immediately.

The Green Lantern Is Just Over It

He’d like to know why it is his owner decided to put him in forest green, in Spring, when it’s clearly more of a Fall/Winter color. Damn humans, how can he save the world in last year’s lycra? 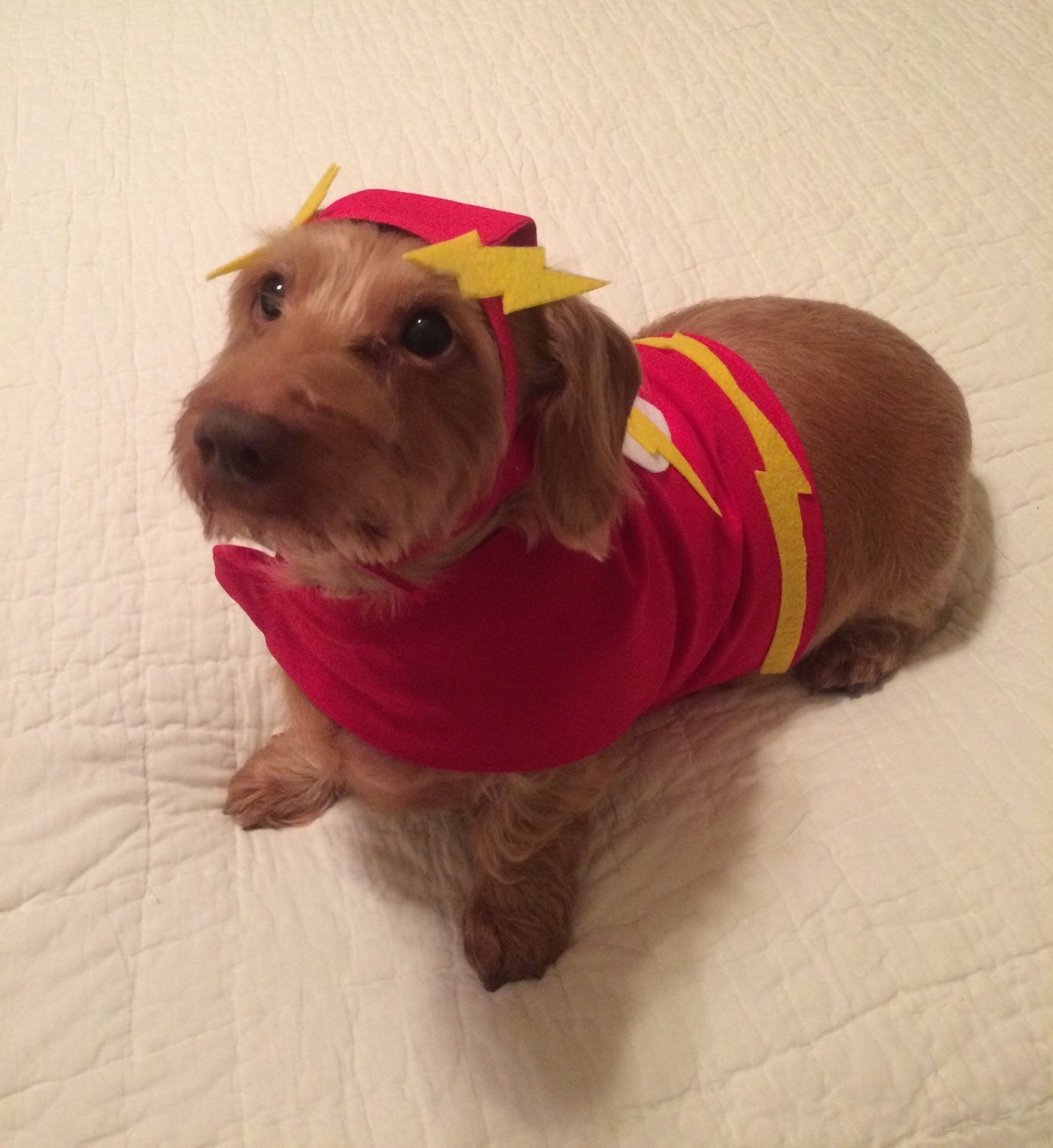 Deny these big brown eyes and be doomed, but give her a frisbee and the last thing you’ll see is her tail. If that’s even her tail. It’s probably the bones of the enemies she’s left in her wake.

My Name Is Indogo Montoya And I Am Your Green Arrow

“But here’s the thing. I want to catch thine enemies but I’m reaaaally comfortable sitting right here. I’ll think about moving if you give me a sausage or, like, eight.”

Whhhhaaaat? Who knew the richest science pooch in the entire city — the one with the biggest kennel and Forbes rating — had enough money to engineer a suit made entirely out of Iron that flies as well? Not I, my friend.

Ønly the strongest döges survive in the græt lånd öf Asgård and Scåndinåviån mythølogy. Let’s pretend that was in the actual language as we observe the God of Thunder with his fun-size hammer. (He’s unimpressed there’s no squeak. Damn it, Wooferine.)

Black Widow Has A Bone To Pick

Black Widow wants to know where her action figures are, and why she hasn’t had a storyline in an Avengers film yet, that isn’t connected to some sort of interspecies romance with Hulk the Husky. We’re waiting on your reply, Joss Whedog, don’t delete your twitter again!

I mean, you’re bitten by a spider, able to shoot webs from your paws to catch rabbits and balls and all, but none of that means you just stop eating. You still have a stomach. Spiders have eight!*

*yes, we know that’s eyes. Be quiet and look at the puppy.

Steve Dogers doesn’t know what these robots that ross treats at him are. They didn’t have them in his day. But he does know he kinda-sorta likes it.

The Incredible Bulk– We Mean Hulk

Hulk’s mum is going to be really pissed when he gets back from Coachella with Tony and the gang. How’s he going to get accepted into the science program at college with his fur this shade? Heavens to Betsy, her son is a punk.

Hi, I’m Deadpool You May Have Not Seen Me In All The Marvel Movies That Don’t Count

*Editor’s note: literally only the case because he’s a dog.